BREAKING NEWS
02:51 PM
Home Political News Reviving the economy: Modi will have to deal with these 5 wild cards in 2015 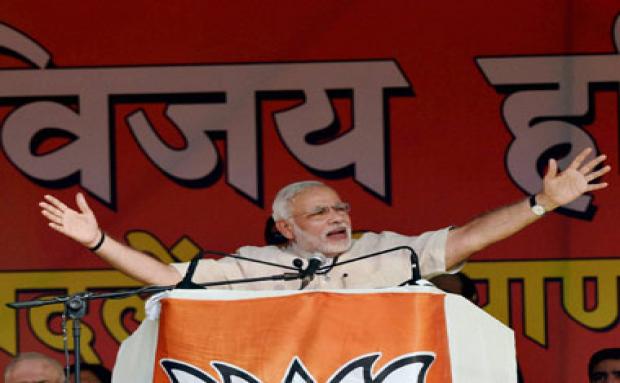 Reviving the economy: Modi will have to deal with these 5 wild cards in 2015

The process of auctioning 204 coal blocks has gotten under way. The constitutional amendment bill to usher in goods and services tax is all ready to be tabled in Parliament. Acquiring land for industry has become easier. The insurance sector looks all set to get a big infusion of funds.
So will all this, along with the several other measures taken earlier (liberalising foreign investment in various sectors, speedier environmental clearances, cutting down of red tape for businesses, scything the harassment potential of labour inspectors) put the zing back in the economy? Will 2015 be the Year of Revival?

It certainly could, but then there are wild cards lurking around that could crash the party.

– What could be a bigger wild card than Indian politics itself? The big bang reforms of end-2014 all involved legislative action. Bills weren’t passed, so the government brought in ordinances. But the ordinances will have to be regularised and get legislative sanction.

The government may fret and fume and call it irresponsible, but the opposition is unlikely to make things easy for the government. And investors are unlikely to bite the bait, without being assured that the steps taken will not be reversed or diluted in any way.

The government’s best bet would be to ensure that the Congress continues to genuflect to Rahul Gandhi and he continues in his clueless manner.

– Even if the government is able to manage the opposition, will it be able to duck friendly fire from within its ranks?

The fringe elements of the Sangh Parivar have shown no signs that they have even a modicum of concern for the development agenda of the government. But their antics could seriously derail it – investors and the business community will ignore things like ghar wapsi programmes and insisting on bans only so far as they do not lead to communal conflagrations or provoke the opposition into opposing much needed legislative changes.

If either of these two things happen, we can kiss goodbye to any economic resurgence.

– The world economy is getting back on track but things are still a bit subdued. Though the recovery in the United States appears broad-based, some doubts have been raised about its sustainability.

The European Central Bank has reduced the growth forecast for Europe from 1.6 percent to 1 percent. This could dampen the performance of Indian exports, which has just about started recovering. And of course, there is always the uncertainty of when the US Fed will announce its rate hike.

– Illogical as it may sound, declining oil prices can prove a spoiler. Falling oil prices are a huge boon to India, which imports close to 80 percent of its petroleum requirements. But it could throw the economies of the oil exporting countries into a tailspin.

Part of the crisis in Russia has been due to falling oil prices. If the declining prices affect shale oil production in the United States and if this hurts growth in that country in a big way, that could be bad news for India as well.
– Two commission reports could throw the Modi government’s calculations – and the state of public finances – completely out of kilter.
In the case of one, the uncertainty won’t continue very long – the report of the Fourteenth Finance Commission will be tabled in the budget session of Parliament. Successive Finance Commissions have hiked states’ share in tax revenues (it now stands at 32 percent) and it will be interesting to see the extent of the increase which this Commission has recommended. Technically, the extent of devolution should not matter much for the economy – money should get spent productively, whether in the Centre or in the states – but if the central government’s coffers are strained, then that has a host of related implications.

Far more worrisome will be the report of the Seventh Pay Commission, scheduled to be submitted in August. Earlier Pay Commission reports have wreaked havoc in the finances of central and state governments.

Of course, the biggest wild card, however, will be how the government deals with these wild cards as and when they appear.