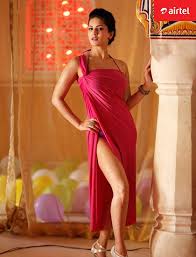 Actress Sunny Leone, who’s co-hosting and mentoring the contestants on TV show ‘Splitsvilla’, found herself at the receiving end of a contestant’s outburst. Shravan Reddy lost his cool and hurled a heavy Rajasthani jewellery box at a fellow contestant, but ended up hurting Sunny instead.

The shocked actress hurled abuses at the unruly guy and was in no mood to relent even after Shravan apologises. Says a source, “Sunny had briefed the contestants in the beginning not to get aggressive. The production team had to intervene and sort it out.”