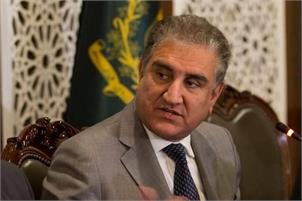 Pakistan Foreign Minister Shah Mahmood Qureshi on Tuesday embarked on a visit to China to attend a regional meeting on war-torn Afghanistan.

The third meeting of ‘Foreign Ministers of Neighbouring Countries of Afghanistan’ is being held on March 29 to 31, according to the Pakistan Foreign Office (FO). The meeting will be held in Tunxi, central China’s Anhui province.

“Besides attending the Neighbouring Countries Ministerial meeting, the Foreign Minister will interact with counterparts from participating countries,” said the FO.

Chinese Foreign Minister Wang Yi is expected to host a dialogue between the foreign ministers and the acting Foreign Minister of Afghanistan’s interim government, Amir Khan Muttaqi, on the sidelines of the meeting.

Foreign Ministers of Indonesia and Qatar have been invited to the meeting as “guests”.

Pakistan had initiated the ‘Neighbouring Countries’ format in September 2021 with a view to evolving a regional approach on the situation in Afghanistan after the hardline Taliban seized power in Kabul in August last year.

The Taliban regime in Afghanistan has not been recognised by the international community amidst severe economic and humanitarian problems faced by the country.

The FO said Pakistan fully supports a regional approach on Afghanistan for promoting durable peace and stability in the region.

Pakistan will continue to support the international community’s efforts to advance the shared objectives of a peaceful, stable, sovereign, prosperous and connected Afghanistan, said the FO.

Qureshi has been invited by State Councilor and Foreign Minister of China Wang.