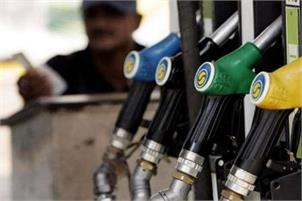 Petrol prices in the national capital as well as most state capitals crossed Rs 100 a litre mark as its rates on Tuesday were hiked by 80 paise a litre and that of diesel by 70 paise, taking the total increase since last week to Rs 4.80 per litre.
Petrol in Delhi will now cost Rs 100.21 per litre against Rs 99.41 previously, while diesel rates have gone up from Rs 90.77 per litre to Rs 91.47, according to a price notification of state fuel retailers.

Rates have been increased across the country and vary from state to state, depending upon the incidence of local taxation.

Mumbai, Chennai and Kolkata already had petrol prices of over Rs 100 per litre, and most state capitals now have rates higher than that.

Petrol price in the national capital had last crossed Rs 100 a litre mark on July 7, 2021, and went on to touch an all-time high of Rs 110.04 before the Modi government on November 4 reduced excise duty on auto fuels. Most states matched that cut with a reduction in local sales tax or VAT.

Post that daily rate revisions were put on hold as elections in five states, including Uttar Pradesh, approached.

But, the cost of raw materials during this period climbed from USD 82 per barrel to close to USD 140 before retracting. It is around USD 112 per barrel on Tuesday.

This is the seventh increase in prices since the ending of a four-and-half-month long hiatus in rate revision on March 22. On the first four occasions, prices were increased by 80 paise a litre – the steepest single-day rise since the daily price revision was introduced in June 2017. On the following days, petrol price went up by 50 paise and 30 paise a litre, while diesel rose by 55 paise and 35 paise a litre.

In all, petrol and diesel prices have gone up by Rs 4.80 per litre – the steepest increase in any eight days since the daily price revision was implemented in June 2017.

Rajasthan’s Ganganagar district on the border with Pakistan has the costliest fuel in the country at Rs 117.14 per litre for petrol and Rs 99.96 for diesel.

Besides local taxes, rates are also dependent on freight.
Moody’s Investors Services last week stated that state retailers together lost around USD 2.25 billion (Rs 19,000 crore) in revenue for keeping petrol and diesel prices on hold during the election period.

CRISIL Research said a Rs 9-12 per litre increase in retail price will be required for a full pass-through of an average USD 100 per barrel crude oil and Rs 15-20 a litre hike if the average crude oil price rises to USD 110-120.

India is 85 per cent dependent on imports for meeting its oil needs and so retail rates adjust accordingly to the global movement.