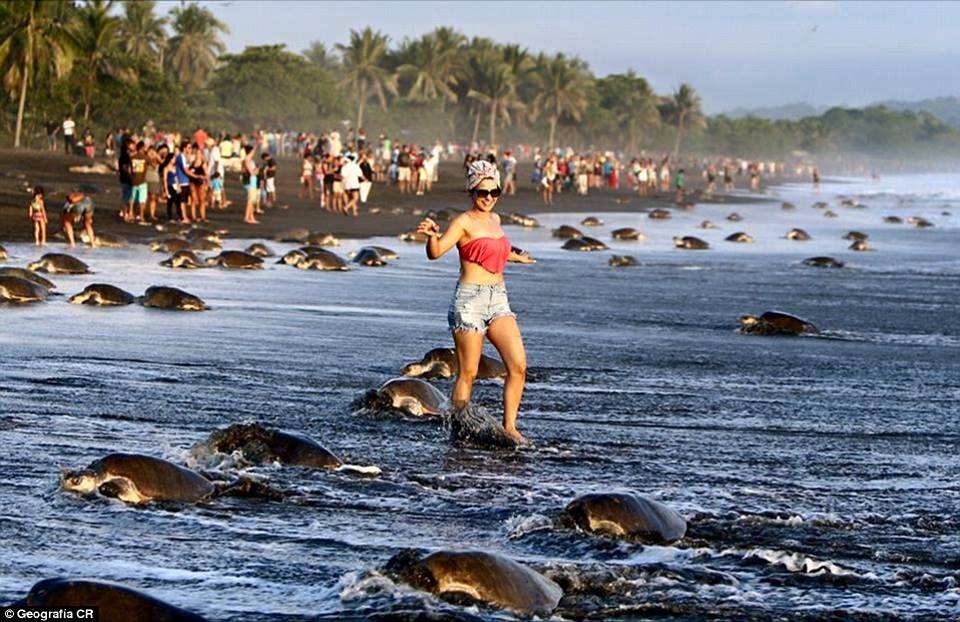 An unprecedented number of tourists visited the beach daily this month, with some entering through unauthorized access points, to witness the hundreds of thousands of turtles laying eggs there, according to the local Tico Times.

The tourists stood in the way, touched the turtles, stood on top of their nests and even placed children on top of them and snapped photos with flash cameras, forcing many of the creatures to return to the sea without laying their eggs.

Costa Rican authorities have launched an investigation into the crowds’ irresponsible behavior as they seriously undermined the government’s efforts to recover the population of olive ridley sea turtles, which are listed as a vulnerable or threatened species.

According to the World Wildlife Fund, the Ostional Wildlife Refuge is one of the two most important areas in the world for olive ridley sea turtle nesting.

Although collecting and selling sea turtle eggs are legal there, people are only permitted to do so from the first three days of each nesting period, as the eggs left behind by the first wave of turtles are often destroyed by turtles arriving later or by high tides.