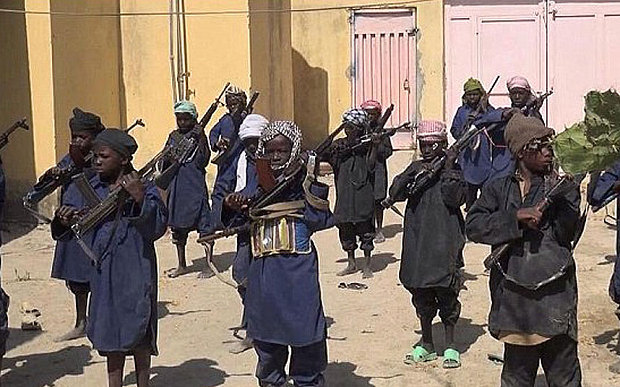 Twitter has suspended an account purportedly set up by Boko Haram, the Nigerian terrorist group causing havoc in the country’s north, which it had used to post pictures of child soldiers in training.

The account, @Alurwa_Alwuthqa, was set up on January 18 as part of what is believed to be a bid to mimic the successful PR and recruitment campaigns of groups like al-Shabaab in Somalia and the Islamic State of Iraq and the Levant.

Within days, it had gained 4,000 followers and on January 25, announced in Arabic the capture of Monguno, a strategic town close to Maiduguri, the state capital of Borno province and Boko Haram’s birthplace.

Pictures have also been posted on the account to suggest Boko Haram, which means “Western Education is Sinful”, was actively training child soldiers, a tactic borrowed from conflicts in other parts of Africa.

They showed children as young as ten dressed in dark robes, training in military formation and holding AK-47 assault rifles.