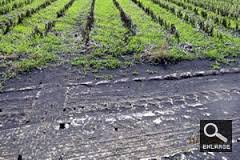 New Delhi: Manipur is wooing investors for its upcoming textile park in the suburbs of state capital Imphal, highlighting its strategic location advantage as a gateway to South East Asia.

Although the state has faced law and order issues, the Manipur government is assuring investors safety and security as it tries to create much-needed jobs for the unemployed.

The state’s efforts to woo investors come amid the Centre’s increasing focus on the country’s eastern region. Besides, Prime Minister Narendra Modi has been emphasising that Indian businesses should focus on increasing trade with the South East Asian nations.

“We have been asking investors to come and see for themselves the opportunities at the textile park in Imphal. Manipur is India’s gateway to South East Asia,” Manipur Minister of Commerce and Industry Govindas Konthoujam told PTI in an interview here.

“Considering how India has intensified its focus on the neighbouring countries with a change from ‘Look East’ to ‘Act East’ policy, it is the right time to invest there,” he said.

Already some companies, including Mumbai-based Etco Denim, Triveni Rayons, Narmada Polyfab and Fairdeal Textile Park (all from Surat), have expressed interest to set up units in the upcoming textile park at Lamboikhongnangkhong in Imphal.

“They will soon come to Manipur to do a feasibility study and we will provide support to them to invest there,” said Konthoujam.

Acknowledging the problems in the state, he said: “Some key concerns among the investors are safety and security of their investments and availability of power supply. We have assured them that we will take care of these issues.”

He said special purpose vehicle would be formed for setting up units at the textile park with Centre providing support of 80 per cent of the investment required and the private investor contributing 10 per cent, while the state’s share of 10 per cent would come in the form of land provided for setting up manufacturing unit at the park.

Expressing confidence that the state’s textile park will be a success, the minister said: “Already we have acquired 70 acres of land and we are trying to get another 60 acres more so that the park has a size of at least 130 acres.”

He said investing in the state was necessary “not only from the economic point of view to provide jobs to the unemployed educated youths of the state but also on a wider perspective of national integration”.
PTI