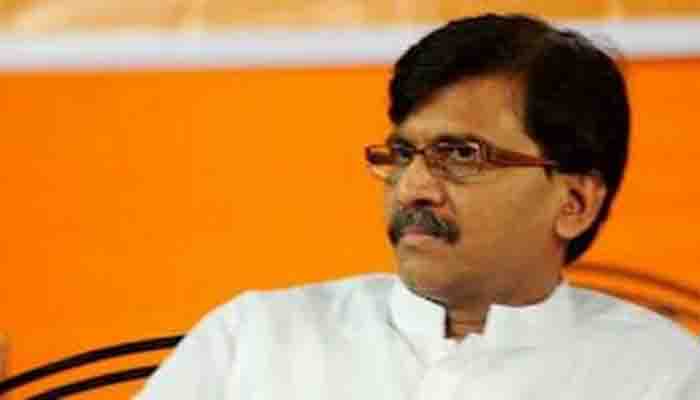 Mumbai: Shiv Sena leader and Member of Parliament Sanjay Raut has stirred a hornet’s nest by his article in party’s mouthpiece, Saamana, in which he has written that Muslims’ voting rights should be withdrawn to put an end to vote bank politics.

The Sena leader has also called All India Majlis-e-Ittehadul Muslimeen (AIMIM) leaders, Asaduddin and Akbaruddin Owaisi, a threat to the nation.

“Balasaheb had once said to withdraw Muslims voting rights. Owaisi brothers are doing politics of Muslim votes. They are threat to the nation,” wrote Raut.

When asked about his opinion in Saamana, Raut told ANI: “Even after independence, the politics over vote-bank does not seem to end,” adding, “Country once faced partition on the basis of religion. After that, we thought things would settle and Hindu and Muslim would be one. However, that did not happen. The Muslim population continued to grow and new Muslim leaders emerged.”

He also said that such type of politics over Muslim vote bank did not yield any positive results for either the Muslim community or the country.

Meanwhile, slamming the Shiv Sena for its statement, the Congress demanded serious action against it.

“It is unconstitutional, it calls for serious action. Motive is to communalise the whole atmosphere,” Congress leader Sandeep Dikshit told ANI.

Earlier, while hitting out at AIMIM chief Asaduddin Owaisi for demanding reservation for Muslims in Maharashtra, Shiv Sena had said that if the minority leader wants his demands to be met on religious grounds, then he should go to Pakistan and try his antics there.

Terming Owaisi’s speeches “hateful”, the Sena said that the Devendra Fadnavis government should file a case against him and start legal proceedings.

“(Asaduddin) Owaisi is insisting that Muslims should get reservation akin to the Marathas. Such insistence had caused the separation of Pakistan from India. Hatred for Hindus compelled a section of Muslims to take control over Pakistan. Hence Owaisi may try and get his demands based on religious grounds fulfilled in Pakistan,” said an edit piece in the Sena mouthpiece, ‘Saamana’.

It added that the minority community will have to respect India as their motherland.

They (minority community) will have to respect the Uniform Civil Code and stop demanding the continuation of Article 370 for Kashmir. Asking for reservations while continuing with religious rants will not work,” it said.

“Owaisi says ‘Muslims have suffered a lot and hence I speak up for them’. But will he give a count of the sufferings of Hindus due to the terrorist activities of extremist Muslims? If extremists start communal violence and terrorist activities after listening to his speeches… Owaisi’s speeches should be termed as hateful and action should be taken against him,” the Sena said.

Addressing a public gathering in Nagpur on Saturday night, Owaisi, the 45-year-old Lok Sabha MP from Hyderabad, had demanded reservation for backward Muslims in government jobs and educational institutes in Maharashtra.

Claiming that “injustice” has been done to Muslims in Maharashtra, Owaisi had blamed the more than 50 years of Congress rule at the Centre and the Congress-NCP and Shiv Sena -BJP governments in the state for the prevailing backwardness of minority community members.