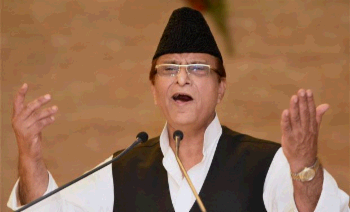 (24 Oct) Uttar Pradesh PWD Minister Azam Khan addresses a function (Photo: PTI) Rampur: Samajwadi Party leader Azam Khan today held mobile phones responsible for rape of minors saying misuse of these gadgets by the younger generation has led to an alarming rise in such cases. He also demanded that the Centre should take steps to divert the attention of the younger generation towards constructive activities. “Two-and-a-half-year olds getting raped, why? It’s because of mobile phones. Even in villages people can download things,” he said in an apparent reference to the alleged rape of a two-and-a-half-year-old girl in Delhi last week. “Rape cases have increased due to misuse of mobile phones by the younger generation. They watch dirty films on the mobile phones,” he claimed, adding, “these films show objectionable things.” His remark drew sharp criticism with former Jammu and Kashmir Chief Minister Omar Abdullah tweeting, “Of course because rape & depravity didn’t exist