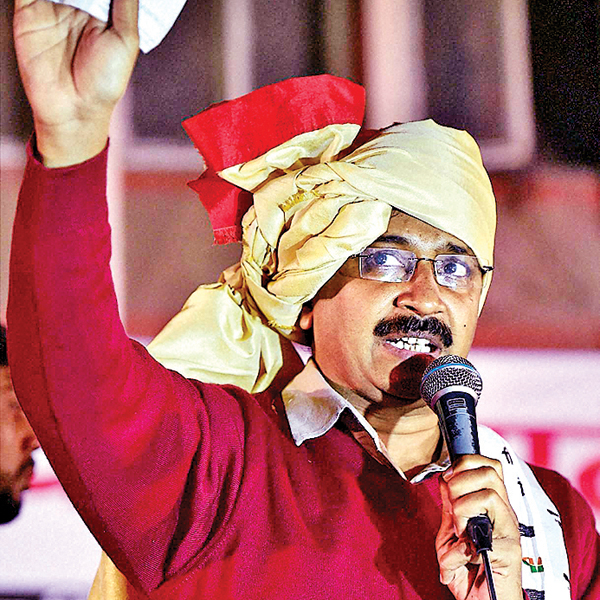 BJP on Tuesday asked Delhi Chief Minister Arvind Kejriwal to stay within his “limits” taking strong exception to the latter”s repeated barbs at the Prime Minister even as it accused the AAP chief of playing “politics over corpses”.

Describing Kejriwal as a “marketing and packaging expert”, BJP said he was using Modi as a shield to hide his shortcomings and failures as Chief Minister and that he did not have the status to advice the Prime Minister.

“He (Kejriwal) has stooped to the lowest level of politics by repeatedly dragging the Prime Minister in every other issue. He clearly cannot function within constitutional norms and have nothing substantial to show to people except presenting old initiatives as new,” Delhi BJP unit president Satish Upadhyay told reporters