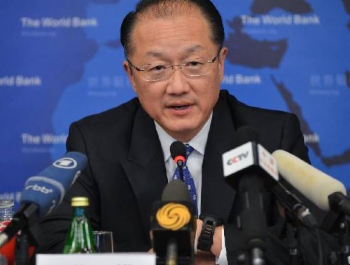 Paris, Dec 1 (IANS) Six global lending institutions led by the World Bank Group, having contributed $100 billion to combat climate change in developing nations, will enhance such contributions substantially to ensure the global development is sustainable and green. Their commitment, made through a joint statement at the ongoing 21st Conference of Parties (COP) here under the UN framework, comes against the backdrop of the global effort to ensure that by 2020 at least $100 billion is raised anually for climate action in emerging and poor economies. The others who made the pledge were African Development Bank (AfDB), Asian Development Bank (ADB), European Bank for Reconstruction and Development (EBRD), European Investment Bank (EIB) and Inter-American Development Bank (IDB).

“On climate change, the development banks are shifting into high gear. We have the resources. We have the collective will, and we have a clear roadmap in the national plans that our clients have submitted ahead of Paris,” said World Bank Group president Jim Yong Kim. IDB president Luis Alberto Moreno said following the Paris conference they would help countries in tackling climate change through investment plans. Prime Minister Narendra Modi while addressing the COP 21 on Monday said it was the responsibility of the developed countries to make clean energy available, affordable and accessible to all in the developing world. “This is in our collective interest.” “So, we look to the developed countries to mobilize $100 billion annually by 2020 for mitigation and adaptation in the developing countries. They must fulfill their commitment in a credible, transparent and meaningful manner,” Modi said.