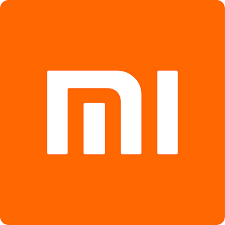 Xiaomi Global Spokesperson Donovan Sung announced his exit from the company via an emotional Twitter post. In the same post, he mentioned that he will be joining Google to help advance the company’s payments initiatives in emerging markets.

Where is Poco F2? Well, that’s one question no one has the answer to. Xiaomi hasn’t revealed any details about the Poco F2 yet. Meanwhile, the Poco F1 is still selling in various parts of the world. Amidst all the rumours about the Poco F2 and the coming of the phone, the Pocophone global head has quit the company. Jai Mani was assigned to lead the Pocophone global team last year but he has now left the company. Mani didn’t officially announce his exit but his twitter description notes “Ex-Product Manager of POCO phone and Xiaomi India.”

Not just Mani, Xiaomi Global Spokesperson Donovan Sung has also quit the company on Friday. Sung announced his exit from the company via an emotional Twitter post. In the same post, he mentioned that he will be joining Google to help advance the company’s payments initiatives in emerging markets. “I’ll be joining @Google in Singapore to help advance Google’s payments initiatives in emerging markets. @GooglePay has made great progress in India, and I’m excited to continue the mission of bringing cutting-edge technology innovation to the next billion users, Sung mentioned in the Twitter post.

In the post Sung thanked Xiaomi and went emotional about the five years he spent building the company. In the post, he mentioned, “It’s my last month at #Xiaomi. 5 years, 80+ countries, 260M+ Mi Fans worldwide. My first time living outside the US in a foreign country. India’s #1SmartphoneBrand. Absolutely incredible team. Loved every minute. Thank you @leijun, @Xiaomi & Mi Fans for the amazing memories.”

He further mentioned, “Five years ago, I packed my bags in New York and moved to China for the first time to join #Xiaomi’s rapidly expanding global team. It’s truly been the adventure of a lifetime. I’ve experienced many things for the first time at #Xiaomi. My first time living outside the US in a foreign country. My first time visiting India, Indonesia, Egypt, Spain, and over 20 countries around the world. My first time meeting Mi Fans. And my first time becoming a father.”

He also noted, “I’m forever thankful to Lei Jun and the #Xiaomi leadership team for giving me the opportunity to join this rocket ship. In the past 5 years, we’ve expanded to 80+ countries and built a global community with hundreds of millions of fans. We’ve been India’s #1SmartphoneBrand for 7 consecutive quarters, and I’ll always remember our first global Mi Pop in Mumbai where we danced onstage with India Mi Fans. I’ll also remember visiting landmarks like the Taj Mahal & pyramids, which I wanted to visit since I was a kid.” He finally said, “After much consideration, I decided that now is the right time for me to move to the next phase of my journey.”