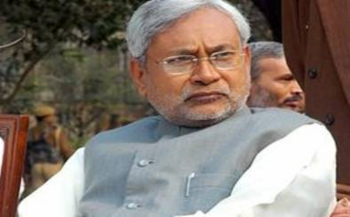 Patna, Nov 27 (IANS) In a bid to keep up another election promise, Chief Minister Nitish Kumar has directed officials to provide free electricity connection to everyone in Bihar by November 2017. Providing free electricity connection to all the households was one of the seven promises Nitish Kumar made ahead of the assembly elections which his Grand Alliance won. The connections would be free, but users would be charged for the power consumed, officials said on Friday.

The government is expected to incur an expenditure of Rs.1,500-1,800 crore on this project. Free electricity connection was earlier promised only for Below Poverty Line families but now it will also cover 50-60 lakh families coming in the Above Poverty Line category. A total of 2,719 of the 39,073 villages remain to be electrified in Bihar. In November 2005, average availability of power was six to eight hours in urban areas and two to three hours in rural areas. But in 2015, the average availability of power in urban areas is 22-24 hours and 15-16 hours in rural areas