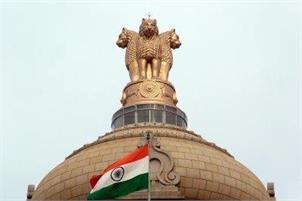 Kudos & criticism for lowering age to try juveniles as adults

New Delhi, Apr 26 (PTI) Days after government cleared a proposal to lower to 16 years the age to try juveniles as adults in heinous crimes, the move has received kudos from some quarters but child rights activists and others are of the view that it is an undesirable and a poorly conceived idea.

Those who support the idea do so with a caution that it will succeed if several safeguards, including juveniles’ rehabilitation by providing them proper education, food and shelter, are taken care of.

However, C Raj Kumar, vice chancellor of O P Jindal Global University in Haryana, and child rights activist and lawyer Ananth Kumar Asthana took a diametrically opposite view saying tough provisions for juveniles in conflict with law have already failed in several countries and the real problem is not being addressed.

“Tough law (for juveniles) has already failed in several countries and is being amended,” Asthana said.

His view was echoed by Raj Kumar, also a rights activist, who said, “By not addressing the real problem in the society and only by lowering the age, we are shifting blame on the children.”

Differing with them were noted senior criminal lawyer K T S Tulsi and another senior counsel H S Phoolka who said with change in law, juveniles in conflict with law will come to know that they cannot be let off easily.

“Criminal gangs take the advantage of this age criteria and it is the child who gets exploited by these gangs. Since the inception of this law, involvement of the children in crime has increased by around 300 per cent,” Tulsi said.

The caution in welcoming the new proposal was vivid when Phoolka said government should take care that juveniles in the age group of 16 to 18 years involved in heinous crimes like rape and murder should be kept away from the death penalty.

“The blanket implementation of IPC for the heinous crimes will not be a welcome idea. There needs to be certain safeguards, like no death penalty will be awarded to such children. But above all, JJB Act first needs to be implemented properly,” he said. .