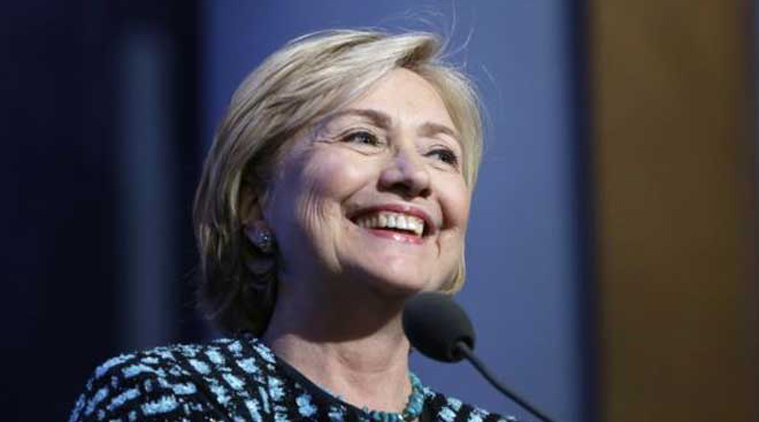 Panama City (AFP) – Hillary Clinton would make a fine US president, Barack Obama told reporters Saturday, on the eve of the expected launch of her candidacy for the Democratic Party’s nod in 2016.
Related Stories

Obama beat Clinton — who is vying to become the first woman president of the United States — for their party’s nomination in 2008 after a grueling campaign. He then won re-election four years later.

“She was a formidable candidate in 2008. She was a great supporter of mine in the general election. She was an outstanding secretary of state. She is my friend,” Obama said at a regional summit in Panama.

“I think she would be an excellent president.”

Several US media reports, citing sources in Clinton’s campaign team, said the 67-year-old was likely to announce her candidacy for the Democratic nomination on Sunday.

The wife of former president Bill Clinton leads opinion polls among Democrats, some 60 percent of whom say they would vote for her in the primaries, according to the website RealClearPolitics.

Two other potential candidates — Senator Elizabeth Warren and Vice President Joe Biden — have not yet said they intend to run.

On the Republican side, Senators Rand Paul and Ted Cruz have already thrown their hats into the ring, with more candidates likely to follow — including Jeb Bush, former governor of Florida, brother to president George W. Bush and son of president George H.W. Bush.

A series of polls this year have consistently placed Clinton ahead of every one of her potential Republican challengers, although the gap has narrowed in recent weeks.

A bid to appear humble may have helped dispel doubts about Clinton raised in recent weeks, after it was revealed that she used a private email account for her work when she was secretary of state from 2009 to 2013.