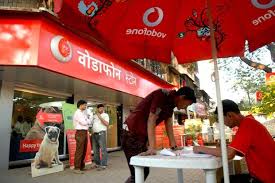 The I-T department had said Vodafone India under-priced shares in a rights issue to its parent. The tax demand was for the two financial years ended March 2011

he finance ministry is yet to decide on filing an appeal against the Bombay High Court order of October 10 in favour of British telecom major Vodafone, that it did not have to pay the additional tax of Rs 3,200 crore as demanded by the income tax (I-T) authorities.

An appeal has to be filed within a month after the court order. A source at the ministry said: “It is studying the order. Even after one month, the ministry can file an appeal and a delay condonation petition.”

However, it does not mean an appeal will necessarily be filed, said the source.

The I-T department had said Vodafone India under-priced shares in a rights issue to its parent. The tax demand was for the two financial years ended March 2011. The amount covered tax and interest for the tax demand, for assessment year 2009-10. After a few days of the first order, the Bombay HC again ruled in favour of Vodafone, waiving Rs 1,400 crore of tax for a different assessment year.
A company spokesperson had said: “Vodafone has maintained consistently that this transaction was not taxable.”

Vodafone India had issued shares at Rs 8,000 each, with an investment of Rs 246 crore. The department had determined the price at Rs 53,000 a share, saying the company had underpriced these and that the shortfall and differential ought to be treated as taxable income of Vodafone India through an international transaction.

The HC had decided the share issue at a premium did not give rise to income and there was no international transaction to trigger transfer pricing provisions. Transfer pricing is the value at which companies trade products, services or assets between units in different countries, a regular part of business for a multinational company but a practice tax authorities feel it is often exploited. Rules require all cross-border transactions between group companies to be valued at ‘arm’s length’ or as if the transaction is with an unrelated company.

However, even if the finance ministry decides not to file an appeal against this order, it would not be the end of Vodafone’s tax woes in India. It is fighting a capital gains tax controversy for the purchase of 67 per cent stake from Hutchison in 2007, the claim for which stands at Rs 11,200 crore. Though the Supreme Court had ruled in favour of Vodafone, the earlier government came out with an ordinance to tax the company with retrospective effect. The matter is under arbitration.

The appointment of the third arbitrator for the case. Former Chief Justice of India RC Lahoti and Canadian lawyer Yves Fortier were appointed as the arbitrators for Indian Government and Vodafone Plc, respectively.