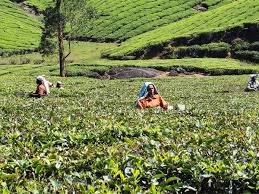 Posted By: govind ghimirePosted date: May 17, 2015in: NewsNo Comments

Siliguri, May 17 (PTI) The Centre will seek a report from the West Bengal Labour Department on the actual condition of the workers of the tea gardens in the state, Union Commerce and Industry Minister Nirmala Sitharaman said today.

The report is necessary in the wake of several complaints of reduction of fringe benefits, lack of water, power, educational institutions, medical facilities, malnutrition and Provident Fund default, she told reporters here after holding a high-level meeting.

On reopening of closed tea gardens, the minister said the matter would be discussed with the state government.

To a question whether the government has any plan to take over the closed mills, Sitharaman said such a step would not solve the problems.