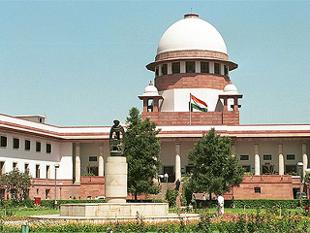 NEW DELHI: FireFly Networks, an equal joint venture between Vodafone India and Bharti Airtel, has equipped the Supreme Court of India with a 24×7 Wi-Fi network with services currently being provided by the local unit of the British telecom major.

Airtel, India’s market leader, has also assured that its subscribers will be able to use Airtel Internet packs seamlessly with in six-eight weeks’ time using “Airtel Hangout” SSID within the premises.

“In order to overcome the difficulties being faced by the members of the Bar and the other visitors to the Supreme Court in having internet connectivity in the Supreme Court, as per directions, the matter was taken up with various service providers, including FireFly Networks,” for providing Wi-Fi services,” the Supreme Court of India said in a circular today.

The Wi-Fi service can be used by subscribers of any mobile service provider. The service can be used in SIM-based as well as without SIM devices, such as tablets and laptops, using the One Time Password received on any mobile number given by the subscriber while accessing the service. Users will get a complimentary Wi-Fi pack for a few days after the launch of the services which offers free trial usage for 20 minutes and upto 100 MB per mobile number per day.

After consuming the complimentary Wi-Fi pack, a subscriber can purchase from three other Wi-Fi packs – Rs 20 for 30 minutes; Rs 30 for 60 minutes; and Rs 50 for 120 minutes. Users will shortly be provided with more options with daily, weekly and monthly packs.

Firefly Networks is currently looking to get the maximum chunk of the Wi-fi deployments in New Delhi Municipal Corporation (NDMC) areas in Delhi, besides targeting other state-government’s Wi-fi plans, which have got traction due to Modi government’s Digital India and Smart City initiatives.

ET had earlier reported that FireFly will also be involved in Indus Towers’ latest NDMC project, which will equip 3,000 street light poles in the entire NDMC area with2G/3G/4G technologies spread across a span of three years, with the investment of Rs 220 crore