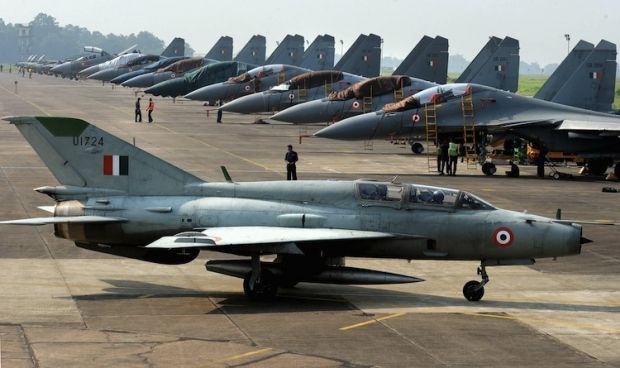 Two IAF personnel were killed and as many civilians injured in these accidents, Defence Minister Manohar Parrikar said in a written reply to Lok Sabha today.

As per the figures given by him, 2014-15 saw the maximum crashes which included one Sukhoi, four MiGs and two Jaguars.

In 2013-14, there were six crashes involving five MiGs and one Jaguar.

“The main reasons for the crashes were technical defect and human error,” Parrikar said.

He added that the loss to the government, in terms of value of aircraft and service property, in respect of 12 accidents assessed so far is estimated at Rs 386 crore and loss to civilian property was over Rs 4.43 lakh.