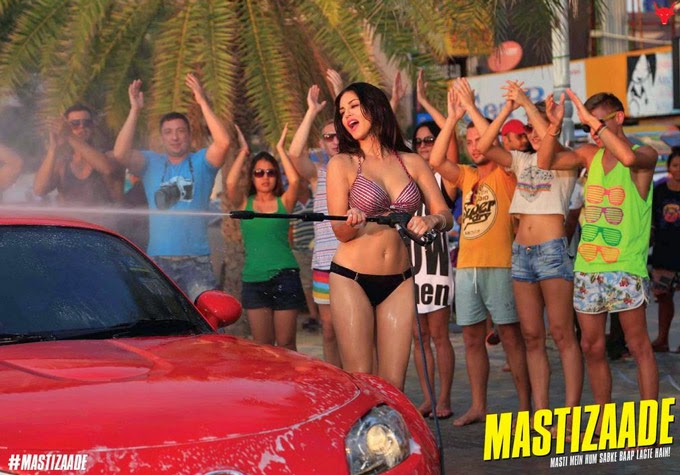 This Year’s most awaited Sunny Leone film Mastizaade first look poster is released. The Movie is Directed by Milap Zaveri. Interestingly Mastizaade is an upcoming Bollywood sex comedy film which also stars Tushar Kapoor and Vir Das in the lead roles. Riteish Deshmukh will be seen in a cameo role too.

Sunny Leone will be seen playing the double role in Milap Zaveri’s film Mastizaade as Laila and Lily. The actor took to Twitter to reveal the first look poster.

Earlier, Mastizaade was in trouble as the Censor Board did not pass the film due to its high sexual content. Reportedly, the film had a lot of double meaning dialogues. CBFC was offended with a few dialogues and expressed their displeasure over it. The filmmakers were even asked to cut down several scenes.

After the phenomenal success of Grand Masti (which Milap Zaveri had co-written), Zaveri had begun shooting Mastizaade in 2014. The teaser for the film, released in May this year, garnered more than two lakh hits on YouTube within a few days of its release, but it was taken off the online video site when censor issues came up.

The film was supposed to release in May this year, but now the film is scheduled to release on December 4 2015. The film will also be clashing with Karan Singh Grover, Sharman Joshi and Zareen Khan’s Hate Story 3.