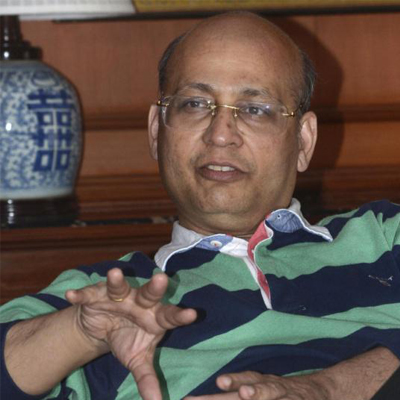 Congress on Wednesday sought to take the sheen out of Prime Minister Narendra Modi’s frequent foreign tours, alleging India’s exports have dropped by a whooping 45% despite him completing 30 foreign visits during his 18-month tenure.

The party also took a jibe at the Prime Minister over the issue of price rise and said his government has “in one stroke taken away carbohydrate, protein, vitamin and fat from the plates of the common man”. “After 30 foreign visits and another four lined-up, all that Modi has achieved for the nation during his 18 months tenure is a whopping drop of 44.89% in Indian exports, from 280 billion dollars in May 2014 to 154 billion dollars today,” Congress spokesman Abhishek Singhvi told reporters.

He said that despite “all the hoopla” created by the Modi government around ‘Make In India’ initiative, Indian exports have contracted for 11 straight months now and plummeted by 17.6% to just 154.29 billion dollars in October. He said under the Congress-led UPA government, India’s exports crossed the targeted 300 billion dollars and stood at 315 billion dollars in March 2013.

“What is particularly worrying is the persistent weakness across other major segments. Gems and jewellery, which account for roughly 13% of the export basket, fell by 12.8% and chemicals and related products which account for 10% of the basket fell by 8.2% while engineering goods with a share of 22.4% have contracted 11.6%,” Singhvi said.

This continuing weakness reinforces concerns about India’s ability to replace China as the manufacturing hub of the world and it also raises serious doubts about meeting the $300 billion export mark, he said. Posing a number of questions to the Prime Minister, Singhvi asked as to why is the economy in such a “pitiable” state. “Apart from the sloganeering that the Prime Minister is indulging in the NRI circuit, what tangible steps has the government taken to push exports,” he asked.

The Congress spokesman also asked the Prime Minister what exactly “have you been doing on your frequent foreign tours?” “What reason does the Prime Minister have about the contracting exports of iron ore, rice, oil seeds and jewellery for which India is famous for,” Singhvi asked.