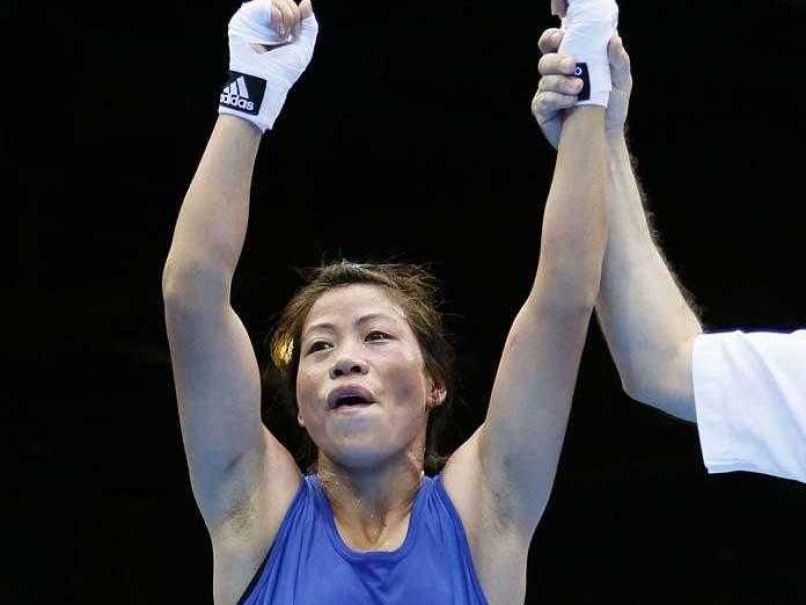 L Sarita Devi (60kg) and Pooja Rani (75kg) were the two others, who advanced to the last eight making it an all-win day for the Indian women pugilists.

First up was five-time world champion Mary Kom, who had won a bronze medal in the previous edition of the Games in 2010 .. and it was a near-perfect performance from the veteran against Yeji.

The Manipuri, a multiple-time Asian champion, was destructively precise with her punches, took her rival off guard with some sublime ring craft and displayed awe-inspiring stamina during the bout.

he 31-year-old mother of two, drained out Yeji with power-packed jabs which left the Korean quite dazed. By the third round, Yeji could barely manage to drag herself in the ring even as Mary Kom impressed by being a bundle of energy all through.

.T he Indian, who had taken a 3-0 lead, took things a bit easy in the final two minutes even as an exhausted Yeji found it tough to raise her game and resorted to holding in order to avoid being hit. Mary Kom will meet China’s Si Haijuan tomorrow.

Next in the ring was Sarita and she also drew from her huge reservoir of experience to outwit a sprightly opponent in home favourite Chungson Ri.

The 32-year-old former world champion matched her rival’s energy blow for blow in the opening two minutes before slowing down the pace by intelligently dodging and frustrating Ri.

The veteran eventually clinched the issue 3-0 to set up a clash against Mongolian Oyungerel Suvd Erdene tomorrow.

Pooja, a 2012 Asian Championships silver-medallist, was up against Erdenesoyol Undram of Mongolia in her pre-quarters bout and she also had it quite easy.

The well-built Haryana pugilist came up with a dominating performance to seal the match with a unanimous 3-0 win. She will face Shen Dara Flora tomorrow.