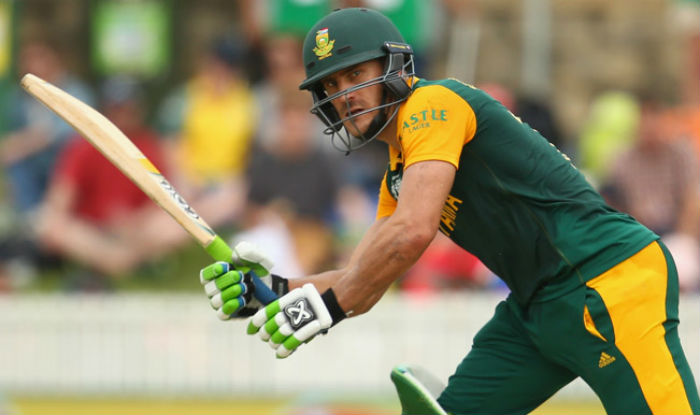 Summing up South Africa’s dismal show in World T20, captain Faf du Plessis said small mistakes like conceding loads of extras in the games against England and the West Indies made a big impact and led to his team’s early exit from the mega-event.

The Proteas, one of the strong contenders, conceded 26 extras against England including 20 wides while defending 229 for four, and eventually lost. Against the Caribbeans, they could not defend 122, losing the match in the last over having conceded 10 extras that had eight wides.

Du Plessis said even as “T20 cricket is sometimes a gamble”, there are a few things that teams can control.

“Sometimes Chris Gayle rocks up and wins the game for you. But one thing I can say is that we were poor in our extras. Every game we had more wides and no balls than the opposition and that’s always the basic and controllable,” Du Plessis said after his side’s “bitter-sweet” eight-wicket win over Sri Lanka in their last game of Super 10 here last night.

“It’s your job is to try and get the ball inside that line and if you do it less than the opposition, it’s generally five and 10 runs that you don’t have to score with the bat.

That’s possibly the key area for me in the first two games that we lost,” he added.

Stating that small mistakes can alter the outcome of the games, the skipper said: “We played good cricket leading up to the World Cup. We were very consistent in the subcontinent. We beat all teams that have travelled here. World Cup is a do-or-die tournament. We made one or two mistakes and they punished us.

“Tonight was a good example, Sri Lanka made one or two mistakes while batting and we capitalised on that. We have only to blame ourselves. The sad thing now is that it’s four years for the next World Cup,” he rued.

“The bowlers bowled really well and we chased down a small total which is never easy on these wickets. It’s always tricky. It was really important for us to have a good partnership to start with because the only way the team will beat you is if it get wickets upfront. So, after the run out it was nice that we could make it a bit stable. Yeah it’s bittersweet. We’re going back out of the World Cup.

“We came here with a great squad, wanting to win the World Cup. We didn’t play our best cricket. That’s not how we wanted to go. We have only ourselves to blame. We were planning to do much better. But we’re a proud team.PTI