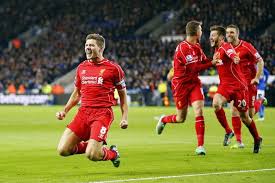 London: While professional footballers in the rest of Europe sleep off their Christmas hangovers, the Premier League ploughs on regardless on Friday with a bumper schedule of traditional Boxing Day fixtures.

For the first time in the 2014-15 season, all 20 English top-flight clubs will be in action on the same day, with leaders Chelsea`s home game against high-flying London rivals West Ham United the stand-out match.

The visit of fourth-place West Ham marks the start of a run of five games in less than two weeks, which includes an FA Cup third-round tie at home to second-tier Watford on January 4.

Mourinho`s side also remain in contention in the League Cup and the Champions League, and midfielder Nemanja Matic believes they can go all the way in all four competitions.

“I think it`s possible. We have a chance,” the Serbian told several British newspapers.

“I don`t want to say that we`re going to, but we`re going to try. We have quality. We will see if we can do. But I am confident, I believe in my team, my team-mates, so everything is possible.”

Belgian winger Eden Hazard is a doubt for Chelsea after hobbling off against Stoke, with Brazilian playmaker Oscar a potential candidate to replace him.

West Ham, meanwhile, will be boosted by the return to fitness of midfielder Mark Noble, who has missed the last four games with an Achilles problem.

Injuries are a major concern for second-place City, who will be without all their senior strikers — Edin Dzeko, Stevan Jovetic and top scorer Sergio Aguero — for the trip to West Brom.

But they can equal a club record of nine successive wins if they prevail at The Hawthorns and manager Manuel Pellegrini believes that after a mid-autumn wobble, his side have rediscovered the form that swept them to the title in May.

“We are playing now with the intensity and style of play we always do,” said the Chilean. “Again we have players in high level of performance and good moments.

“We are trusting in what we do so, in the same way maybe we played in a poor way two months ago, we are doing very well.”Third-place Manchester United saw a six-game winning run come to an end in a 1-1 draw at Aston Villa last weekend, but confidence at Old Trafford remains high ahead of Friday`s visit of Newcastle United.

Manager Louis van Gaal has granted his players Christmas Day off, rather than obliging them to train, and captain Wayne Rooney says that he and his team-mates are eager to repay the Dutchman`s benevolence.

“We`re not training on Christmas Day this year because we`ll be spending it at home, which will be good for the foreign players and those of us with children,” said Rooney, who has two young sons.

“It must be strange for the new players to have more games than ever over Christmas, having had the time off previously.

“They have to adapt and be ready for it, while being aware of the fixture list. I`m sure they`ll be prepared for the upcoming games.”

United trail Chelsea by 10 points and City by seven, while West Ham are a point further back, and there is a glut of teams vying to break into the top four.

Fifth-place Southampton, who are two points behind West Ham, visit Crystal Palace on Friday, having snapped a damaging run of five straight defeats in all competitions by winning 3-0 to home to Everton last weekend.

North London rivals Arsenal and Tottenham Hotspur are both two points below Southampton.

Liverpool, runners-up last season, are a further five points off the pace in 10th place, but after last Sunday`s last-gasp 2-2 draw with Arsenal, manager Brendan Rodgers said he remained confident of a top-four finish.

On Boxing Day Liverpool travel to third-bottom Burnley, who trail Palace on goal difference in the battle to escape the relegation zone.
Fixtures