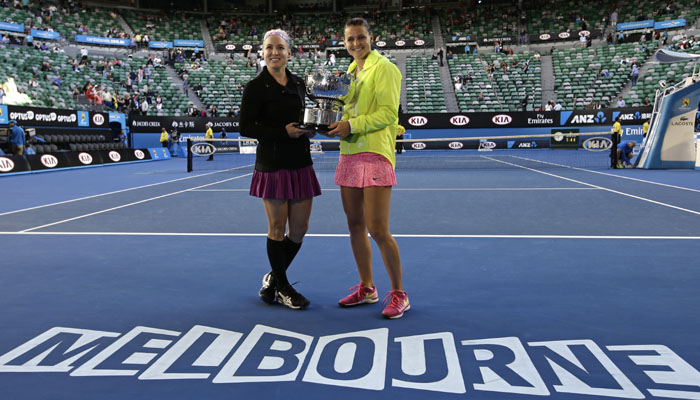 The two were playing together in Melbourne for the first time and clicked immediately, downing the 14th seeded Zheng Jie of China and Taiwan`s Chan Yung-Jan 6-4, 7-6 (7/5).

“This is our first tournament together and after this I`m sure that we`re going to be playing a few more this year,” said a delighted Mattek-Sands.

They beat five seeds to clinch the title and in doing so became the first unseeded women`s duo to claim the Australian crown since Svetlana Kuznetsova and Vera Zvonareva in 2012.

They were also the first new pairing to win a women`s Grand Slam title since Dinara Safina and Nathalie Dechy at the US Open in 2007.