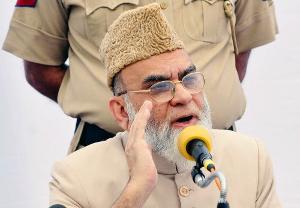 New Delhi: Jama Masjid’s Shahi Imam Syed Ahmed Bukhari on Friday appealed to Muslims to vote for the Aam Aadmi Party (AAP) in Delhi Assembly Elections, which are scheduled to be held on Saturday.

“Appeal to all Muslims to support AAP candidates and help in forming a secular government in Delhi,” Bukhari told ANI.

The Imam of India’s biggest mosque said if people don’t vote for AAP in these elections, they would commit a big mistake.

The AAP has, meanwhile, rejected Imam’s offer of support.

The Assembly polls tomorrow are being seen as a direct fight between the BJP and the AAP after the Congress, which ruled Delhi for uninterrupted 15 years, recorded its worst performance bagging only eight seats in the December 2013 elections.

According to the Election Commission, polling will take place at 12,177 polling stations, of which 714 have been identified as “critical”. Of these, 191 are “highly critical”.

The results would be announced on February 10.