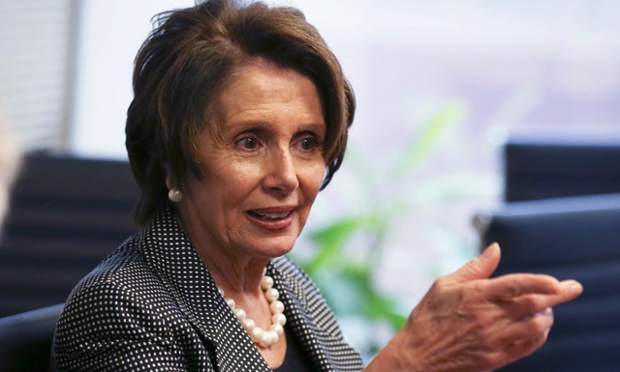 References to Britain’s intelligence agencies were deleted at their request from the damning US report on the CIA’s use of torture after 9/11, it has emerged.

A spokesman for David Cameron acknowledged the UK had been granted deletions in advance of the publication, contrasting with earlier assertions by No 10. Downing Street said any redactions were only requested on “national security” grounds and contained nothing to suggest UK agencies had participated in torture or rendition.

However, the admission will fuel suspicions that the report – while heavily critical of the CIA – was effectively sanitised to conceal the way in which close allies of the US became involved in the global kidnap and torture programme that was mounted after the al-Qaida attacks.

On Wednesday, the day the report was published, asked whether redactions had been sought, Cameron’s official spokesman told reporters there had been “none whatsoever, to my knowledge”.

However, on Thursday, the prime minister’s deputy official spokesman said: “My understanding is that no redactions were sought to remove any suggestion that there was UK involvement in any alleged torture or rendition. But I think there was a conversation with the agencies and their US counterparts on the executive summary. Any redactions sought there would have been on national security grounds in the way we might have done with any other report.”

The two main cases relevant to the involvement of Britain’s spying agencies related to Binyam Mohamed, a UK citizen tortured and secretly flown to Guantánamo Bay, and the abduction of Abdel Hakim Belhaj and Sami-al-Saadi, two prominent Libyan dissidents, and their families, who were flown to Tripoli in 2004 where they were tortured by Muammar Gaddafi’s secret police.

There is no reference at all in the Senate’s 500-page summary report to UK intelligence agencies or the British territory of Diego Garcia used by the US as a military base. But the executive summary contained heavy redactions throughout, prompting speculation that references to US allies has been erased.

In the wake of the Senate report, the UK government is coming under increasing pressure to order a more transparent inquiry into the actions of MI5 and MI6 amid claims of British complicity in the US torture programme.

Asked about the need for a full public inquiry, Nick Clegg, the deputy prime minister, conceded yesterday that he was open to the idea if an outstanding investigation by the parliamentary intelligence and security committee, which meets weekly in secret, leaves remaining questions unanswered. No 10 also suggested Cameron had not ruled this out if the ISC does not settle the torture issue.

The government had initially commissioned an inquiry by retired judge Sir Peter Gibson to look at the UK’s treatment of detainees after 9/11. However, he only managed a preliminary report raising 27 serious questions about the behaviour of the UK security services, before it was replaced by an investigation handled by the ISC in December last year.

The ISC’s report on the UK’s involvement in rendition after 9/11 will not, however, be completed before next year’s election, so it is unclear how many members of the nine-strong panel of MPs and peers will still be in parliament to complete the work.

The current chair, former foreign secretary Sir Malcolm Rifkind, said that the ISC’s previous examination of the UK’s involvement in rendition in 2007, which absolved the agencies, had “quite rightly been severely criticised, because the committee at the time wasn’t given by MI6 all the material in their files”.

Rifkind said he was confident that that would not happen again. Yet the current ISC investigation will not examine the two key cases of the Libyan dissidents being kidnapped and delivered to the Gaddafi regime because they are the subject of a police inquiry.

MPs from all three main parties said the UK agencies’ requests for deletions from the US underlined the need for a more transparent public inquiry than the one being conducted by the ISC, which hands its reports to Downing Street for pre-approval.

David Davis, the Tory MP and former shadow home secretary, said: “Downing Street’s U-turn on its previous denial that redactions had taken place tell us what we already know – that there was complicity, and that it wasn’t reflected in the Senate report. “We know from the behaviour of the previous government with respect to the Binyam Mohamed case, that the term national security includes national embarrassment.”

Sarah Teather, the Lib Dem former children’s minister, also added: “It’s not good enough to kick it into the future and hope a future government will pick it up. We’ve had all sorts of semi-inquiries. Watching what’s happened in the last couple of days, as comments flip around, that’s the experience of campaigners who’ve been trying to get justice on behalf of people who have accused the British intelligence services of acting in this way.”

Diane Abbott, the Labour MP, said that “as a first step we need to know what was removed from the reports” and secondly more must be revealed about what UK government ministers knew at the time.

The US is at least trying to be honest about what went on,” she said. “To their shame, the UK authorities are still trying to hide their complicity in torture. We need to know how much ministers knew. And if they didn’t know why not?”

Earlier Abbott, who ran for the Labour leadership against both Miliband brothers, said ex-foreign secretary David Miliband needed to be “completely transparent” about his involvement in the era.

But Ed Miliband came to his brother’s strong defence as he was asked yesterday whether the former cabinet minister had “questions to answer”.

Pressed on whether Tony Blair had questions to answer, Ed Miliband said: “Anyone who has read this report will be deeply troubled. I’m not going to speak for that report.

“The government has previously announced an inquiry into these issues, and then held off on the inquiry because there are court cases going on. It’s right to let those court cases take their course here.”