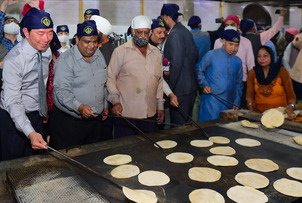 Two get 10 years in jail for dealing in illicit liquor

A court here has sentenced two vendors to 10 years in jail for dealing in illicit liquor in the district in 2015.
Additional District and Sessions Judge, Baburam, also imposed a fine of Rs 11,000 each on Sunderpal and Mobin after holding them guilty under various sections of the Excise Act.

According to Additional District Government counsel, Pradeep Kumar Sharma, illicit liquor was recovered from the two vendors on September 10, 2015.