BREAKING NEWS
03:01 AM
Home News Threat to my life in India, take me to Zimbabwe: Chhota Rajan pleaded Bali police 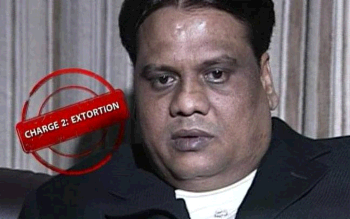 Threat to my life in India, take me to Zimbabwe: Chhota Rajan pleaded Bali police

Gangster Chhota Rajan, who was arrested in Bali, Indonesia on Sunday, had pleaded the police officers to deport him to Zimbabwe claiming threat to his life in India. In an exclusive interaction with India Today, Bali CID officer Major Reinhard, who arrested Rajan at the airport, said the underworld don had pleaded him to be sent to Zimbabwe and not to India. “When we took him for interrogation, he first refused to accept that he was Chhota Rajan. He kept on flashing his passport which mentioned his name as Mohan Kumar. But, later confessed that he indeed is Chhota Rajan,” Major Reinhard said. “There is a threat to my life in India, please take me to Zimbabwe,” the CID official quoted Rajan as saying. Rajendra Nikalje, widely known as Chhota Rajan, has been on Interpol’s wanted list since 1995 for running a crime syndicate that engaged in extortion, arms smuggling and contract killing.

“We tracked Chhota Rajan’s movements closely and informed the police in Indonesia and Australia. Eventually the Indonesian police managed to arrest him. We are making arrangments to bring him to India and pursue all criminal cases against him,” Sinha said. Rajan’s arrest has come at a time when the Modi government is stepping up diplomatic pressure on Pakistan to hand over his former partner and underworld boss, Dawood Ibrahim, suspected of militant links. Dawood masterminded India’s deadliest bombings, which killed at least 250 people and wounded more than 700 in Mumbai in 1993.
Previous Page