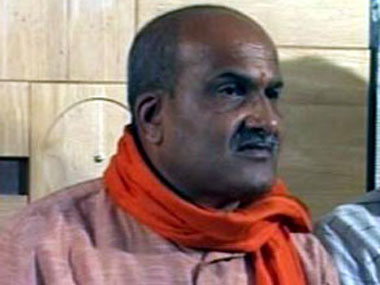 Panaji: Controversial right wing outfit Sri Ram Sene will hold a meeting in Belgaum city on January 26 to finalise its plans for starting its activity in Goa, where the administration has not extended the ban imposed on it.

“A detailed strategy about when to start a branch in Goa and other things would be discussed on January 26 when the Karnataka state-level meet would be held in Belgaum,” Sene chief Pramod Muthalik said last evening.

Muthalik said he might come to Goa on January 27, a day after the meeting in Belgaum.

The organisation had hit the headlines in 2009 after its members attacked boys and girls at a pub in Mangalore.

Conforming to its Hindutva agenda, Sri Ram Sene has been opposing the so called “pub culture” in the country.

The controversial outfit was banned on August 20, 2014, under section 144(4) of CrPC from entering Goa till December last year, after opposition by collectors of both districts in the state.

The ban was imposed following adverse report by the state police which feared law and order problem, if the outfit was allowed to operate.

The state government has not extended the ban after that.

Muthalik said that the organisation will carry forward its “Hindutva agenda” in Goa.

“Pub culture and other issues can be decided later on. First we have to start our branch in Goa,” he said.