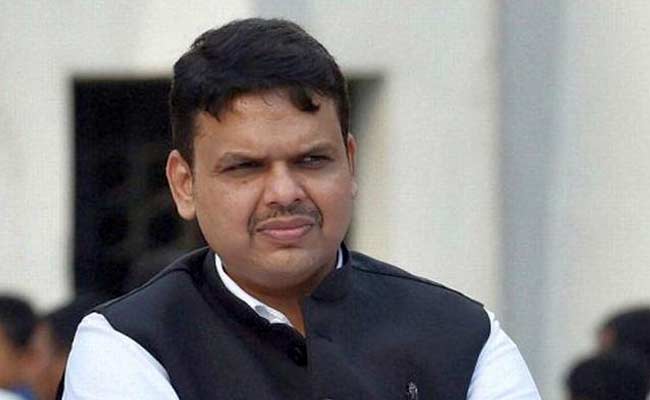 Slum-Dwellers Around Mumbai Airport To Be Resettled In Same Area: Devendra Fadnavis

Replying to a calling attention moved by Parag Alwani of BJP, Mr Fadnavis said the government has framed certain rules and regulations for “in situ rehabilitation”, and slum-dwellers will be resettled in the same area.

He said the Civil Aviation Minister A Gajpathi Raju had given “in principle” nod for rehabilitation.

The Chief Minister said the government was constructing houses to accommodate slum-dwellers.

“Until the houses are ready, they will be accommodated on a temporary basis. Those residing in Sahara and Vile-Parle localities (nearby the airport) have been served with notices which caused panic, and therefore they (slum-dwellers) should be accommodated in Chakala area,” Mr Fadnavis said.

The Chief Minister informed that Defence and Railway ministries have agreed to provide additional surplus land to state government for rehabilitation.

In a written statement, Mr Fadnavis said the Mumbai International Airport Limited (MIAL) has signed an agreement to appoint Housing Development and Infrastructure Limited (HDIL) as developer for the rehabilitation project.

“Accordingly, 27,814 housing units are being constructed in seven places including Kurla, Mulund, Andheri-East and Mahul.

“About 18,000 housing units were ready and a meeting under the chairmanship of Chief Minister was held on March 30 this year. These housing units will be handed over to MMRDA,” the statement said.

It stated that a provision existed for rehabilitating slums for the vital public project as per the provisions of the Greater Mumbai Development Control rules.

“The MIAL and the MMRDA have agreed to rehabilitate the slums from the land of Mumbai international airport,” the statement said.

The Additional District Collector of Mumbai (Encroachment) was authorised to identify the eligible slum-dwellers for allotment from the restricted aeronautical area of the international airport, as per the statement.