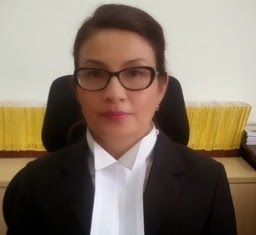 Judge Minakshi Madan Rai was on Wednesday sworn in as the first woman judge of the Sikkim High Court by Governor Srinivas Patil at a function held at the Aashirvad Hall of Raj Bhavan in Gangtok. She was administered the oath and sworn to secrecy by the Governor. The function had the presence of Chief Minister Pawan Kumar Chamling, Sikkim High Court Chief Justice SK Sinha, senior judge SP Wangdi, Sikkim Legislative Assembly speaker KN Rai, Ministers, Chairmen and Bar Association members among others. Rai has taken over the charge her office after the swearing in ceremony. The dignitaries present at the function offered the traditional “Khadas” to the newly sworn-in judge and congratulated her. Rai is also only the third person from the state to be sworn in as the judge of Sikkim High Court. (HS)