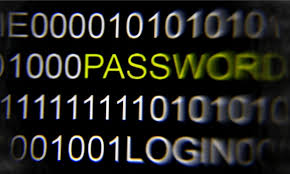 A secret US cybersecurity report warned that government and private computers were being left vulnerable to online attacks from Russia, China and criminal gangs because encryption technologies were not being implemented fast enough.
The advice, in a newly uncovered five-year forecast written in 2009, contrasts with the pledge made by David Cameron this week to crack down on encryption use by technology companies.
In the wake of the Paris terror attacks, the prime minister said there should be no “safe spaces for terrorists to communicate” or that British authorites could not access.
Cameron, who landed in the US on Thursday night, is expected to urge Barack Obama to apply more pressure to tech giants, such as Apple, Google and Facebook, which have been expanding encrypted messaging for their millions of users since the revelations of mass NSA surveillance by the whistleblower Edward Snowden.
Cameron said the companies “need to work with us. They need also to demonstrate, which they do, that they have a social responsibility to fight the battle against terrorism. We shouldn’t allow safe spaces for terrorists to communicate. That’s a huge challenge but that’s certainly the right principle”.
But the document from the US National Intelligence Council, which reports directly to the US director of national intelligence, made clear that encryption was the “best defence” for computer users to protect private data.
Part of the cache given to the Guardian by Snowden was published in 2009 and gives a five-year forecast on the “global cyber threat to the US information infrastructure”. It covers communications, commercial and financial networks, and government and critical infrastructure systems. It was shared with GCHQ and made available to the agency’s staff through its intranet.
One of the biggest issues in protecting businesses and citizens from espionage, sabotage and crime – hacking attacks are estimated to cost the global economy up to $400bn a year – was a clear imbalance between the development of offensive versus defensive capabilities, “due to the slower than expected adoption … of encryption and other technologies”, it said.
An unclassified table accompanying the report states that encryption is the “[b]est defense to protect data”, especially if made particularly strong through “multi-factor authentication” – similar to two-step verification used by Google and others for email – or biometrics. These measures remain all but impossible to crack, even for GCHQ and the NSA.