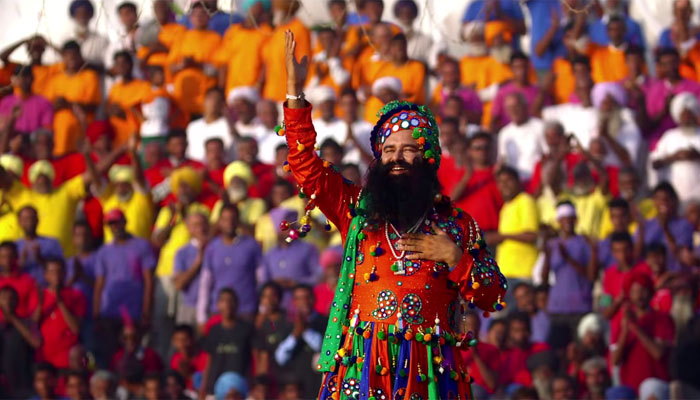 The controversy over the clearance to the film ‘Messenger of God’ snowballed today with another censor board member resigning in support of its Chairperson Leela Samson as government rejected allegations of “coercion” and “interference” in its functioning.

A high alert has been sounded in Punjab and Haryana as protests were staged in Haryana and Delhi against the proposed release of the movie on Sunday.

“I have clearly said that I am just human. The acts portrayed in the movie are simply stunts,” he said in an apparent rejection of criticism from Sikh groups that he was portraying himself as God and Sikh Guru.

About the release on January 18, he said, “we have not finalised anything. There are still meetings going on about the possibility of releasing within such a short time.”

Samson had resigned after learning that the Tribunal had cleared the movie for release even though the CBFC had withheld it.

“I have decided to resign. My resignation has to do with Leelaji’s decision to step down. We were working together and as a group we had discussed resigning earler. But we held on as she attempted to help the Ministry in running the Board,” Bhaskar said.

“But things were clearly not in order. There was no meeting in the past one year though it was mandatory for board members to meet every three months. The last meeting was in January 2014. The censor board CEO said there were no funds to hold the meetings so the board is clearly not required,” she told PTI.