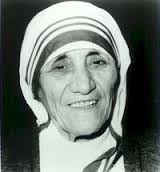 Kolkata: The Missionaries of Charity on Tuesday rubbished RSS chief Mohan Bhagwat’s claim that religious conversions had taken place under Mother Teresa’s leadership of the organisation, saying he was ‘misinformed’.

“He is misinformed. It should be absolutely clear that conversion was not going on when Mother was there, nor it is going on now. The whole motive is to serve the poor selflessly, bring joy and dignity into their lives,” Sunita Kumar, spokesperson of the organisation founded by Teresa in 1950, told a news agency.

A close confidante of Mother Teresa for many years, Kumar said, “I never saw anything like that (conversion) happening. It is all rubbish.”

She said when the sisters and nuns of the missionary organisation served people they never look at which religion they belonged to.

“A Muslim is treated like a Muslim and a Hindu is treated like a Hindu. I am myself a Sikh and that never affects my relationship with the Missionaries of Charity,” she said, adding that there are regular all-faith meetings in their premises.

Teresa, who died in 1997 in Kolkata, was conferred the Nobel Peace Prize in 1979 and beatified as the “Blessed Teresa of Calcutta” in 2003.

RSS chief Mohan Bhagwat had yesterday triggered a controversy by saying that “Mother Teresa’s service would have been good. But it used to have one objective, to convert the person, who was being served, into a Christian.”

Institute of the Blessed Virgin Mary (Loreto)’s Sister SM Cyril, who knew Mother Teresa closely, said it was silly and stupid to think like that.

“It is completely wrong that they have been propagating conversion. She never hoped that those who are serving will convert to Christianity. She had selfless love for people in her heart and that is why she served them,” said the Padma Shri awardee who has served as the principal of Loreto Day School, Sealdah.