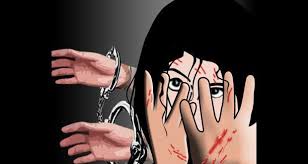 A 42-year-old man has been sentenced to 10 years rigorous imprisonment by the district court here for raping his teenage step-daughter.

Additional Sessions Judge U M Nandeshwar passed the judgement yesterday against the man, who is a resident of Bhiwandi taluka.

Additional Public Prosecutor Ruma Navle told the court that the victim was raped in March, 2013 by her step-father in their house.

After the incident, the traumatised girl fled the house and came to Kalyan train station here, from where she reached Dadar train station in Mumbai, she said.

Some persons, who saw her wandering, enquired why she was there following which she told them about the ordeal.

The girl was then taken to Sneha Sadan, a children’s home, whose volunteers brought her to her residence, she said.

There, she divulged the incident to her mother, following which a case was registered and investigation initiated, she said, adding the accused was arrested on April 3, 2013.

Later, the victim’s mother disappeared from the house, after which the girl was brought to Sneha Sadan again, she said.

The prosecutor, stressing on the serious nature of the crime, demanded strictest punishment for the accused.

The accused was held guilty under relevant sections of the IPC and the Protection of Children from Sexual Offences (POCSO) Act, and sentenced to 10 years rigorous imprisonment.

The judge also imposed a fine of Rs 5,000 on the convict, and ordered additional imprisonment of six months in case of default in payment of fine, she said.
PTI