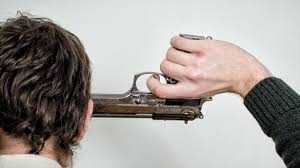 In what happens to be a serious security lapse, a young man shot himself at Rajiv Chowk Metro station on Thursday, report ABP news.

The 22-year-old managed to carry a pistol into the station and attempted suicide. He wounded his left arm and was rushed to RML hospital.

The country made pistol he was carrying was undetected by the CISF security personnel.

The youth hails from Fatehpur, Uttar Pradesh. The motive for the suicide attempt is yet to be known.