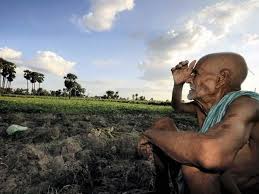 aharashtra government has said that it will “look into the causes” which were compelling the debt-ridden farmers to commit suicide.

“The recent package that we had announced for farmers has already started reaching their bank accounts. This money can be used by them to pay their bank debts, loans taken from private lenders and other debts. In spite of this, we hear the reports of farmers committing suicide. This is astonishing,” a state Cabinet minister said.

“The issue (of farmers’ suicide) was raised in the state Cabinet meeting yesterday. The Chief Minister (Devendra Fadnavis) has assured that the causes will be looked into and a detailed report will be made,” he said.

The Shiv Sena, terming such incidents as “heart wrenching,” had recently slammed its ally BJP saying that while the farmers were committing suicide in Vidarbha region, the Chief Minister was attending business meet in Davos.

The state government had in December last year announced a Rs 7,000 crore package for farmers whose crops were affected by the unseasonal rains and hailstorms and had also asked for funds from the Centre to help them.

It had also announced the intention of making the entire state drought-free by 2019.

Taking a step further, the state government had yesterday announced an additional package for farmers where the kin of each of the deceased farmers would be given Rs 2.5 lakh. The farmers who lost their cattle will get compensation in the range of Rs 25,000 to Rs 35,000.