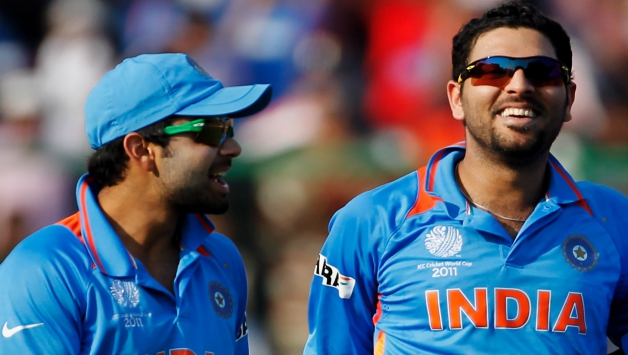 Outplayed in the ODIs, a faltering India will look to get the balance right as they eye redemption in a three-match Twenty20 series against Australia starting here tomorrow which also kicks off their build-up for the World T20 Championships in March-April.

The Indian team was comprehensively beaten in the ODIs, losing the series 1-4 and the T20Is would be an opportunity for the side to pick some positivity from the so far disappointing tour.

Both teams will also begin their run-in for the ICC tournament, particularly the Men in Blue who only have T20Is lined up before the big tournament begins.

As such, since December 2006, when the Men in Blue first played a T20I against South Africa, they have only featured in 29 bilateral matches. And their record outside the World T20 isn’t particularly impressive, with 15 losses and 14 wins.

These records won’t really play heavily on the Indian team management as they prepare for this T20I series, but the conditions here definitely will.

The just-concluded Big Bash League has been a high scoring encounter, much like the ODI series in the first leg of this trip, and the pitches are expected to be flat and have ample bounce for the batsmen to make merry.

The difference in conditions from the World T20 in India won’t really allow either side to judge their spin options, but they will be busy evaluating different permutations and combinations.

For India, it will be about getting their team balance right, in particular their strength, batting. Ajinkya Rahane has been ruled out of this first T20I, as he hasn’t sufficiently recovered from the split-webbing injury suffered in Canberra.

Even in his absence though, skipper Mahendra Singh Dhoni will be keen to get the batting line-up optimised from the word go.

The Indian skipper had lined up Rahane to open in the third T20I against South Africa that was washed out in Kolkata in October.
(Re-opens FGN3)

But back then, Shikhar Dhawan’s form was also under a cloud. The former’s absence and the latter’s runs in the ODI series mean that he will continue to open with Rohit Sharma in this series.

Virat Kohli obviously picks himself at number three, and thereafter, Yuvraj Singh is primed to make his international return for the first time since the 2014 World T20 final in Bangladesh.

Sydney’s centurion Manish Pandey isn’t part of the T20I squad here, and as such Yuvraj, Suresh Raina and Dhoni are expected to form up nos. 4, 5 and 6, perhaps alternating as per the match situation.

The Indian skipper had hinted as much in the post-match press conference at the SCG, and the return of the two middle order batsmen is more than a certainty. Even so, picking the optimal bowling combination will be a challenge.

Fitting in a couple all-rounders into this mix will also be on the skipper’s mind, and it will be interesting to see how he goes about doing so.

Trying out youngsters is the flavour of the month in the Indian dressing room currently, and there will be a temptation to throw the hard-hitting, in-form Pandya into the mix. But all indications are that he might have to wait for his chance.

Dhoni was mighty impressed with Bumrah’s debut, in particular his death bowling in Sydney, and will look to give him another go, given that Umesh Yadav has been bleeding runs at every possible opportunity.

Rishi Dhawan was held back as Bhuvneshwar Kumar’s replacement and it speaks volumes about how the team management looks at his bowling performances in the ODI series.

Nehra had a fair go in the net sessions on Monday morning and if he is the other certainty among the returning senior players, then this combination of medium pace leaves two spots open for the spinners.