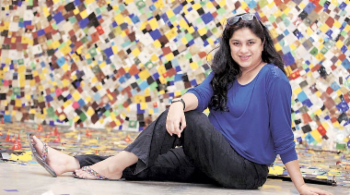 (15 Dec) Two more alleged killers and a tempo driver were arrested on Tuesday in connection with the double murder of artist Hema Upadhyay and her lawyer Harish Bhambhani. One of the accused Shivkumar Rajbhar was arrested on Monday after he confessed to the crime and told the police that he and four others eliminated the duo in Mumbai after Hema defaulted on a payment for an idol made by his employer, Vidyadhar alias Vidya, a metal fabrication artist who is missing and is prime suspect. Primary forensic findings from investigations indicate that both suffered contusions on the body that could have led to their death. The autopsy findings are contrary to the previous assumption by investigating authorities that strangulation could be the cause of death. However, a final opinion on the precise cause of death “has been reserved” until results of the chemical analysis arrive. “There were injuries on their bodies. A blunt object was used to hit them,” said a source close to the investigation.

A contusion is a visible bruise on the body that may cause rupture of blood vessels. According to the findings, while Upadhyay (43) had a contusion on her face, Bhambhani (65) had contusions on his shoulder and chest. There were no strangulation marks, though Bhambhani’s body had duct tapes over his gagged mouth, as well as around his hands and legs. According to sources, Upadhyay’s face was found in a more “bloated condition” than Bhambhani’s. The bodies were retrieved from two cardboard boxes wrapped in plastic sheets and dumped in an open drain in Kandivali on Saturday. On Sunday, the bodies were sent for post-mortem at Bhagwati Hospital in Borivali. Viscera samples from the abdomen, intestine, liver and stomach and blood of both victims have been sent for further forensic examination, along with hair samples extracted from Bhambhani’s body.