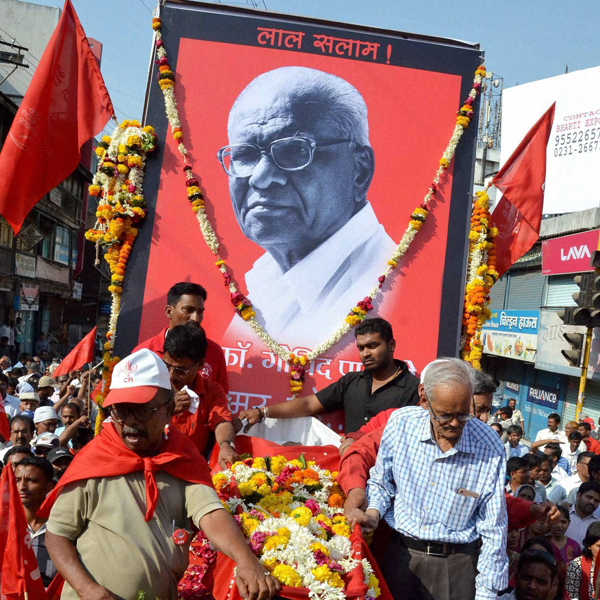 n a major breakthrough, Maharashtra police has arrested one person in rationalist Govind Pansare’s murder case. The arrested man has been identified as Sameer Gaikwad, who is said to be a resident of Sangli.

Gaikwad was arrested in a joint operation of Kolhapur and Sangali police. He was produced before a Kolhapur court, which remanded him police custody till September 23.

The arrest was made after police verified the phone calls he made on the day of Pansare’s murder. According to reports, Sameer Gaikwad had been involved in various criminal cases.

Earlier, terming the killing of social activists Narendra Dabholkar and Govind Pansare as “disturbing”, the Bombay High Court had said sincere efforts were needed to investigate both the cases.

Pansare, a veteran Communist leader, was shot dead outside his residence in Kolhapur in February. He was one of the leaders who spearheaded the anti-toll movement in the Kolhapur district of western Maharashtra.