BREAKING NEWS
10:36 AM
Home News Father Alexis thanks Modi govt for securing his release from Afghanistan 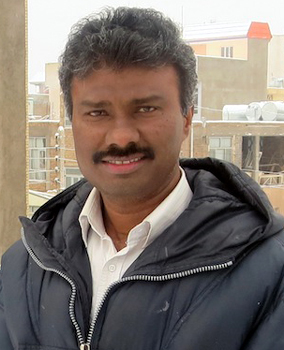 Father Alexis thanks Modi govt for securing his release from Afghanistan

New Delhi: Indian Jesuit priest Father Alexis Prem Kumar, who was abducted by the Taliban in June last year, on Sunday thanked the Government of India for its effort to secure his release from Afghanistan.

“I want to thank almighty first. I also sincerely thank Prime Minister Modi as it is because of him that I am here, as well as all the officials of the Foreign Ministry; they have done a great job. The Government of India, especially the External Affairs Ministry, has taken a lot of effort to take care of me, to console me. Thirdly, I thank my own family and society of Jesus,” said Father Alexis.

Earlier in the day, the Ministry of External Affairs (MEA) had confirmed the release of Father Alexis.

The 47-year-old Indian Jesuit priest was kidnapped by unknown gunmen from Herat in June last year and was being held as a captive in Afghanistan.