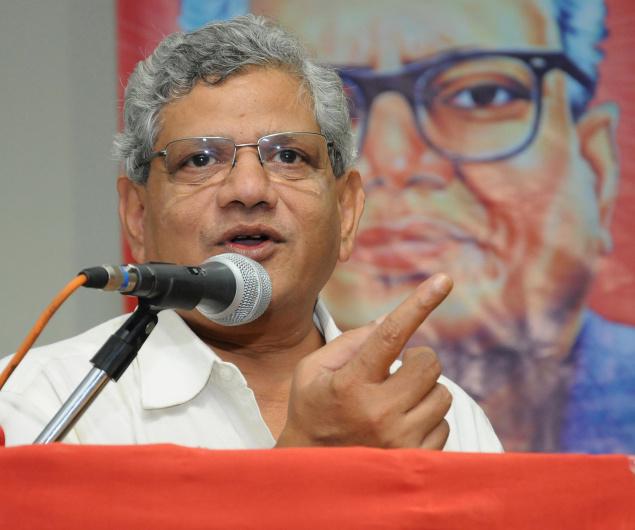 New Delhi, Apr 2 (PTI) Communist Part of India (CPI) today slammed the Narendra Modi-led government for its “anti-poor” and “anti-worker” policies, saying people have become “disillusioned” with the government and that it would hold a nationwide protest against the Land Bill on May 14.

Highlighting the recent attack on religious places, rape of a nun in West Bengal and moves to saffronise education, the party said it would like to forge alliances with like-minded parties as “minorities are feeling insecure in the country”.

“The country is passing through a critical stage and people are increasingly getting disillusioned,” senior party leader Gurudas Dasgupta told reporters here.

“The economy is in bad shape and industrial production has gone down. There is increased protest from industrial workers who are planning hartals and protests. We will continue to support their cause,” he said.

He said a nationwide protest and ‘jail bharo aandolan’ would be launched on May 14 against the Land Bill as it is “anti-rural” and against the interest of farmers and will compromise with the food security of the nation.

“The Bill has been brought by the BJP government to allow foreign and domestic corporates, land mafia and builder lobby to snatch away multi-crop irrigated land of farmers. This will be a great threat to our food security,” he said.

Dasgupta, who was elected as the deputy general secretary at the party’s recently held Congress in Puducherry, said they would support telecom workers’ strike on April 21 and 22 and the transport strike on April 30, expressing discontent with the government’s policies.