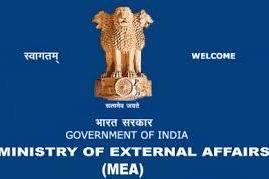 Posted By: s.m.fanusPosted date: May 05, 2016in: NewsNo Comments
Spread The News

The External Affairs Ministry has directed a number of Indian missions abroad to ask the countries concerned to speed up executing Letters Rogatory (LR) in connection with the Rs 3,600 crore AgustaWestland chopper scam following a request by the CBI.

CBI had a few days back written a letter to MEA on expediting execution of the LRs, which are judicial requests to foreign countries for legal assistance in criminal cases.

“Yes, I can confirm that we have received a communication in this regard from the CBI seeking an update on the execution reports of the Letters Rogatory that were sent earlier to eight countries.

“We have once again written to our missions in the concerned countries from where the execution reports are pending in order to impress upon them the need to expeditiously execute the LRs and to send the corresponding execution reports at the earliest,” External Affairs Ministry Spokesperson Vikas Swarup said, replying to a question.

Sources said a few countries have either responded to the LRs or executed them partly while some others are yet to respond.

The Enforcement Directorate, in its charge sheet filed last year, had claimed to have detected flow of alleged kickbacks sent from abroad to companies of the accused Delhi-based lawyer Gautam Khaitan and cousins of the former IAF chief.

On January 1, 2014, India had scrapped the contract with Finmeccanica’s British subsidiary AgustaWestland for supplying 12 AW101 VVIP choppers to the Indian Air Force (IAF) over alleged breach of contractual obligations and charges of payment of kickbacks to the tune of Rs 423 crore by it for securing the deal.

Asked whether Britain has responded to India’s request for extraditing Vijay Mallya, whose Kingfisher Airlines has been accused of defaulting on bank loans of over Rs 9,400 crore, the MEA spokesperson replied in the negative.PTI