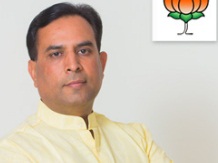 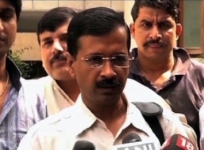 New Delhi, Oct. 25 (ANI): Bharatiya Janata Party (BJP) leader Shrikant Sharma on Saturday hit back at Arvind Kejriwal over his allegation that the saffron party was buying fake votes, saying the Aam Aadmi Party (AAP) chief ran away from his responsibilities and people do not trust him anymore.
“The people of Delhi do not trust Arvind Kejriwal. He has been completely exposed. Now the government should think of the people of Delhi,” he told ANI here.
Kejriwal had earlier alleged that the BJP has directed its MLAs to buy fake votes and delete the Aam Aadmi Party’s votes in the coming Delhi Assembly polls.
“BJP source -top BJP leader has directed all Delhi BJP MLAs to get at least 5000 fake votes made in each constituency get AAP votes deleted,” Kejriwal wrote on twitter.
“Bribe rate-Rs 1500 for new fake vote, Rs 200 to get any vote deleted. This info given by someone who did this job for BJP last week,” he added.
Kejriwal said that the AAP leaders would meet the Election Commission on Monday to lodge a formal complaint in this regard.
We are meeting EC officials on Mon at 11 am and making a formal complaint,” he wrote.
Delhi has been under President’s rule since Kejriwal resigned as the Chief Minister on February 14 after being in office for 49 days.
The BJP won 31 seats in the 70-member house while the AAP emerged victorious in 28 seats in the Delhi Assembly polls held last year. (ANI)