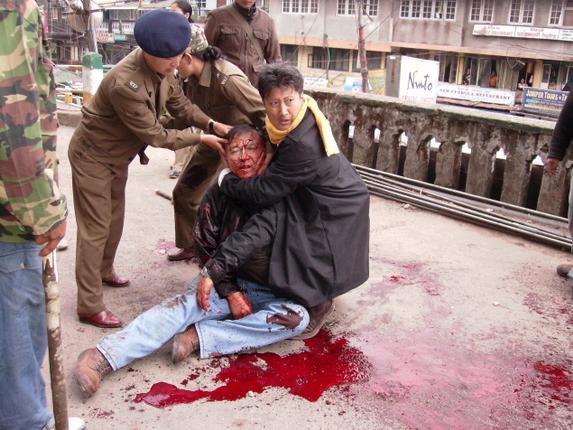 Darjeeling- A Kolkata court on Saturday issued arrest warrants against Gorkha Janmukti Morcha (GJM) president Bimal Gurung and 22 other leaders, giving the Central Bureau of Investigation (CBI) 20 days to execute the warrants. The development is likely to send ripples across political circles in the Darjeeling hills, where the Morcha enjoys overwhelming dominance.

Madan Tamang was hacked to death at Upper Clubside in the heart of Darjeeling town on May 21, 2010 when he was overseeing preparations for a public meeting. On May 29 this year, the CBI charged the 23 leaders with murder, criminal conspiracy and rioting with deadly weapons.

Normally, a charge sheet is followed by a prayer by the investigating agency seeking specific proceedings against those charged. In this case, the CBI charge sheet was not accompanied by such a prayer.

The court asked the CBI’s investigating officer to appear before it on June 6 (Saturday) and spell out what action was sought – summons or arrest warrants. On Saturday, the CBI counsel sought arrest warrants, which were issued by the court.

On August 21, 2010, prime accused in the case Nickole Tamang had disappeared mysteriously from Pintail village near Siliguri, where he was held by the CID for interrogation. His wife Pema Tamang moved a habeas corpus writ petition before the Calcutta High Court that her husband be traced. He is yet to be found.

The high court had then directed the CBI to take up the Madan Tamang murder case as well as the Nickole Tamang disappearance case.