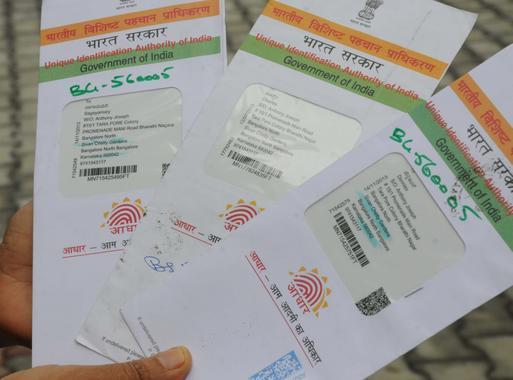 Over 67 lakh people in Jammu and Kashmir have been issued Aadhaar cards while over 84 lakh have been enrolled for the unique identity cards in the state.
The J&K government, on the direction of Governor N N Vohra, has set a deadline of March 31 to ensure that all the employees as well as daily wagers, casual and seasonal labourers working in various departments under the state government enroll themselves under Aadhaar, said Hirdesh Kumar, Commissioner, Information Technology.
The direction was given so that the salaries from April 1 are paid to them on the basis of Aadhaar enrolment.
“As many as 84,00,233 people have been enrolled and Aadhaar cards have already been issued to 67,69,272 people in J&K so far,” he said.
“Out of the total population of 1,25,41,302, records have already been digitized in respect of 1,09,43,114 persons,” he said.
To expedite the process for enrolment, 133 additional permanent Enrolment Centres have been sanctioned in the state, with over 193 centres already established in J&K, Kumar said.
The Chief Secretary will have a video-conference with the Deputy Commissioners on February 4 to undertake district-wise review