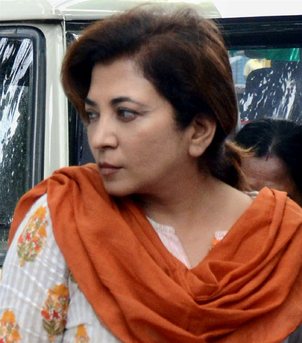 Posted By: s.m.fanusPosted date: May 25, 2016in: LegalNo Comments
Spread The News

The Supreme Court today refused to entertain the bail plea of Manoranjana Sinh, an accused in the multi-crore Saradha chitfund scam and suggested that she approach the Calcutta High Court for the relief.

A vacation bench of Justices P C Pant and D Y Chandrachud said that High Court is already seized of the matter and the relief could be sought by the accused, who is the wife of former union minister Matang Sinh, there also.

Senior advocate Rekha Palli, appearing for the accused, said she had been in custody for more than seven-and-half months during which she had also undergone two surgeries.

“She had been named in fifth supplementary charge sheet in the case and due to her medical conditions, bail should be granted to her,” the counsel said.

To this, the bench said that court had already directed the authorities to provide all necessary medical facilities to her.

The counsel appearing for Central Bureau of Investigation (CBI) opposed the bail plea and said that the accused should have first approached the Calcutta High Court with her plea before approaching the Supreme Court.

The bench, while disposing of the plea, granted liberty to Sinh to approach the High Court.

The CBI had last year arrested Sinh in connection with the Saradha chitfund scam.

The agency has alleged that Manoranjana had taken money from Saradha group Chairman Sudipto Sen by threatening him.

She has been accused of misappropriation of funds, cheating and criminal conspiracy.

The agency had registered the case on June 4, 2014 in accordance with the Supreme Court order on May 9, 2014 against the then CMD of Saradha Group Shantanu Sen and others under sections pertaining to criminal conspiracy, cheating and other offences.

It was alleged that the accused persons of the Group of Companies collected huge funds from investors under various investment schemes by fraudulently promising them high returns but failed to pay the amount to them and thereby cheated them.PTI