BREAKING NEWS
07:22 PM
Home Commercial Events Netflix comes to India: Here is how it will work, all FAQs answered 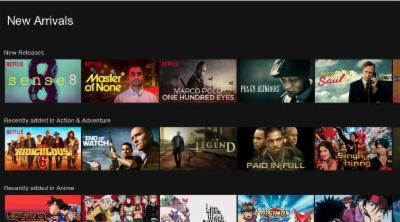 Netflix comes to India: Here is how it will work, all FAQs answered

Netflix is the world’s top video streaming service that allows users to watch content on screens ranging from a smartphones to a smart television. It works with a variety of other devices like PlayStation and Apple TV, letting users stream directly onto larger screen. Netflix is also the creator of a lot of original, made for the web content, much of which is now in high-resolution Ultra HD.
Netflix India has pricing similar to its primary US market and users will be able to pay as low as Rs 500 to watch shows and movies on a single screen at one time. For Rs 650, they will get access to two simultaneous screens and four for Rs 800 – this also has UHD content.
The first month is free for all users and they can pay using PayPal and credit card only at the moment. An initial fee of Rs 70 ($1) is charged during signup to authenticate the card.
During signup you have to specify if you are above 18 and this means there is not going to be a lot of censored content, while everything will be rated. However, while creating a profile Netflix lets you identify children so that they don’t get access to any adult content.

No. For now Netflix has limited Indian content, but they are working on getting more partners on board. An initial recce suggests all the popular Bollywood classics are there from Piku to Hum Aapke Hai Kaun. However, Netflix is going to be a big boost for independent cinema. which does not get much screens to show on in India.
It is best to watch on the television, provided your screen is smart or is yoked to an Android box or Apple TV. Alternatively, you can use Chromecast as the Netflix apps is supported by the streaming dongle. You can watch the shows on a laptop, tablet or smartphone, or use a MHL or HDMI cable to mirror this on your television.
Since this is the first question most people are asking, we decided to test this bit. I used the service on a MacBook Pro using a 1 mbps wi-fi connection and the streaming was quite smooth after 30 seconds or so of initial buffering. The picture quality does scale down at times, but it restores within seconds. On a iPhone 6S Plus running LTE, the picture quality was great and the streaming seamless. I switched to 3G on the same phone and the experience was more or less the same except for the initial buffering.
I did find the catalogue limiting and a lot of content is not even showing up on search. For instance, I could not search and find House of Cards, which is a Netflix production. However, all the new titles are there and there is no dearth of titles that India has never had access to.