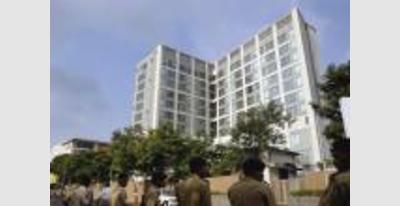 Increasing brand awareness among the youth and higher purchasing power beyond big cities is likely to boost India’s luxury market around 20 per cent to USD 18.3 billion this year, says a study. The current size of the country’s luxury market USD 14.7 billion, says a Assocham study.”The factors that have fuelled the luxury industry’s growth are the rise in disposable income, brand awareness among the youth and purchasing power of the upper class in Tier II & III cities in India,” Assocham Secretary General D S Rawat said.
Five star hotels and fine-dining restaurants, electronic gadgets, luxury personal care items, and the jewellery sector have performed well in the year 2015 and are expected to grow by 30-35 per cent over the next three years, the study noted.Big ticket spends on items like luxury cars mainly in the SUV section is likely to continue, with an estimated growth projected at 18-20 per cent over the next three years, driven by consumption in smaller towns and cities, the study added.Moreover, with the luxury market expected to grow at over 25 per cent year on year, Private Equity investments (PE) in the respective segment is expected to increase and support the enhanced size of the Indian luxury market.The study segregated the luxury sector into product categories like apparel and accessories, pens, home décor, watches, wines & spirits and jewellery, services like spas, concierge service, travel & tourism, fine dining and hotels and assets including yachts, fine art and automobiles.The high Internet penetration across tier-II and tier-III cities along with more disposable income shall lead to approximately 100 million transactions through the Internet by 2020. As a result, the luxury consumption is going to increase manifold in the country, highlighted the study.Some of the significant players across various verticals which performed well in 2015 included GUCCI, Christian Dior, Louis Vuitton, Ocean Style Yachting, Judith Leiber, Geetanjali Group and The Bauers.The cities where the study was conducted included Delhi, Mumbai, Kolkata, Chennai, Ahmedabad, Hyderabad, Pune, Chandigarh and Dehradun.Around 250 employees were selected from each city on an average. In 2015, Delhi ranks first in spending most on luxury brands followed by Mumbai (2nd), Ahmedabad (3rd) Pune (4th) and Bangalore (5th).Around 55 per cent of the survey respondents were in the age bracket of 20-29 years, followed by 30-39 years (26 pc), 40-49 years (16 pc), the rest over 50.Over 69 per cent of the respondents said they prefer to purchase well known luxury brands, while 65 per cent indicated they would pay a premium for well-known, popular luxury brands.